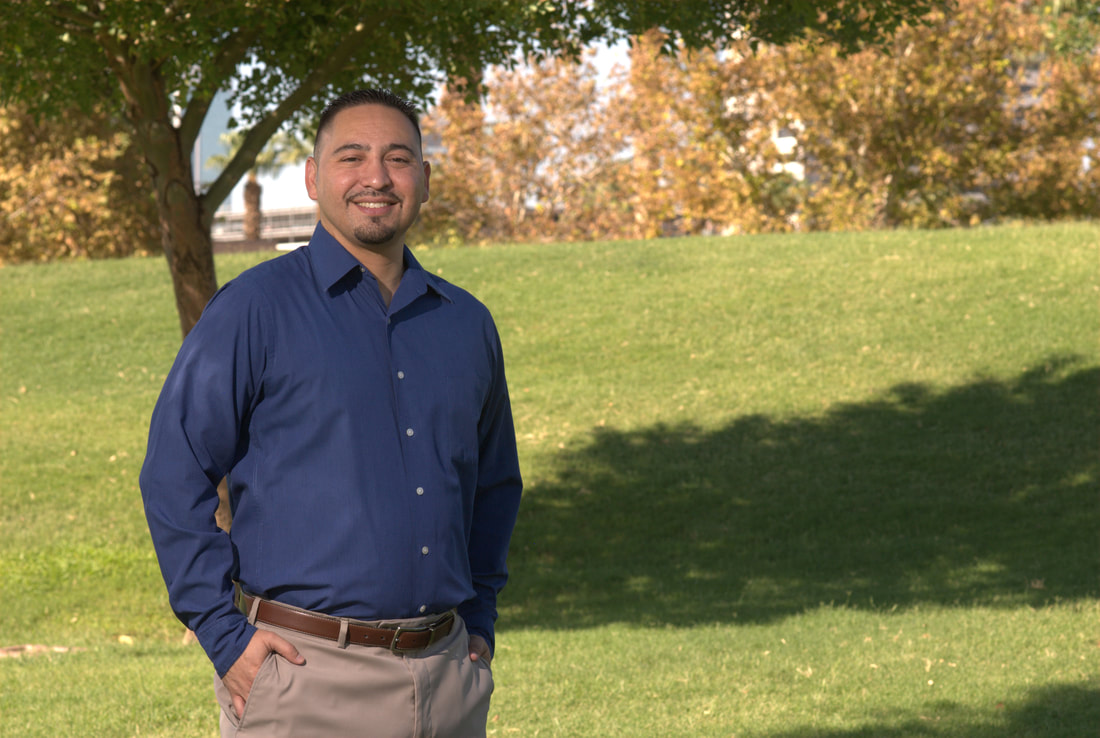 State Senator Martin Quezada has dedicated his life of public service to fighting for an Arizona that works for all of us, not just a wealthy few.

Martín was born to working class parents in the Maryvale community of West Phoenix. His mother immigrated from Cananea, Mexico and his father is a 1st Generation Vietnam veteran.

Martín's family quickly developed an understanding of the struggles of working families, income inequality and racial injustice as he spent his early childhood in Maryvale where he attended St. Vincent de Paul Elementary School.  His parents hoped that living in a different zip code would offer different opportunities and sent him to public schools in Peoria where he  graduated from Centennial High School.

After earning his bachelor’s degree in Administration of Justice and Ethnic Studies from ASU West, Martín began to develop his public policy expertise working as a Research Analyst with the Democratic Caucus in the Arizona State Senate and the Arizona State House of Representatives before attending law school at ASU.  There he staffed the Commerce Committee where he prepared members of the Legislature for votes on significant pieces of legislation that impacted Arizona’s economy and business climate.

Martín left his work at the Legislature to attend law school where he served as President of the ASU Chicano/Latino Law Students Association. He also served in the Graduate & Professional Students Association representing the law school in ASU’s graduate student government.  Upon earning his law degree, Martín was honored with the Congressman Ed Pastor Outstanding Graduate Student Award at the 2008 Hispanic Convocation.

After earning his juris doctorate degree, Martín served a judicial clerkship for Judge Patricia Orozco on the Arizona Court of Appeals before starting his own law practice where he helps Arizonans in the areas of criminal defense and domestic relations. He has also practiced in the areas of civil litigation and election law. He also has returned to the Sandra Day O’Connor College of Law as an adjunct professor in the Master’s of Legal Studies program where he’s taught courses on Business Organizations and Family Law.

Despite establishing himself as a successful attorney, Martín’s heart has always been in his community. He has been a community activist for his entire adult life and has served on  numerous boards and commissions in the community including the ASU Los Diablos Latino Alumni Association, the Maryvale Village Planning Committee, the West Phoenix Revitalization Community Advisory Board and the Los Abogados Hispanic Bar Association Board of Directors among many others.

Martín has always looked for ways to serve his community in a more impactful manner and service in public office became the obvious next step. He was elected to the Pendergast Elementary School District Governing Board in 2010 and re-elected in both 2014 and 2018. He serves now as the Vice President of the School Board.

In the House, Martín served as the Democratic Caucus’ only bar licensed attorney, and served as the Ranking Democrat on the House Judiciary and House Government Committees. Martín was also elected Chair of the AZ Legislative Latino Caucus in 2013.

In 2014, Martín was elected to the AZ State Senate and was re-elected in 2016, 2018, and 2020. While serving in the Senate, he has been elected 3 times to serve in Leadership as the Democratic Whip and has served as the Ranking Democrat on the Senate Judiciary Committee and Senate Rules Committee. He has also served as a member of the Senate Appropriations Committee, Education Committee, and Finance Committee.